David de la Garza is a four-time Grammy award-winner. In 1989, he joined the Tejano supergroup La Mafia right at the time when the band was making a change from a Tejano sound to more of an international sound that led them to many years of worldwide success. During the 1990s, La Mafia was able to cross many boundaries that few Tejano bands had ever crossed–things like selling out venues such as the Houston Astrodome and playing in front of 100,000 people in Mexico City. In the ’90s, David could get his first two Grammys with the band (receiving two more in 2004 and 2005). In 2006, David fulfilled a long-time dream and started his band, playing music Funk, Rock, and Soul music that he wanted.

From Houston’s Southeast side, Bassist/Songwriter Nick Gaitan grew up in a working-class area of the city were the sounds of Tejano, Country, Swamp Pop, Rock n’ Roll, and Soul all fed into his musical influence from a very young age. From his early days with Los Skarnales, times performing with The Octanes, or years touring with Billy Joe Shaver, Gaitan has played with some of the best in the state and region.

Zenteno Spirit consists of their jazz, Latin, funked-up fusion, and rock and roll, sometimes all within a single performance span! With their sizable inventory of Norma’s originals and their father Roberto’s influence, the group displays remarkable versatility, catering its shows to multiple audiences. Roberto and Norma Zenteno has made the Zenteno name a Houston institution.

Ambassadors International Ballet Folklorico has 40 years of experience working with Houston’s youth and now even the Hispanic first and second-generation adult community. They have performed at many prestigious venues such as the Miller Outdoor Theater and Discovery Green and at many important festivals and parades such as the International Fest, Children’s Fest, and the Thanksgiving Day Parade. They have also participated in festivals in France and Germany. Their goal is to preserve the culture and tradition of many Hispanic countries by teaching the younger generations about Folklórico dances in today’s world. 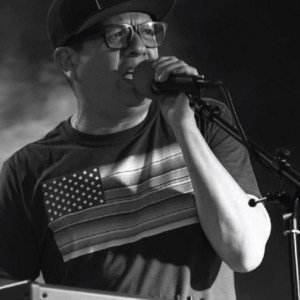 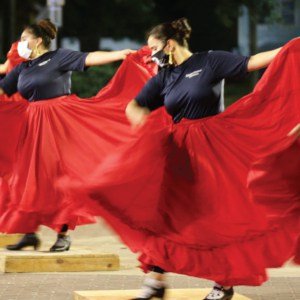