In 2013, the East End Street Fest moved to its permanent location, Navigation Esplanade, between S. Jensen Dr. and Delano St. with two music stages, sellout vendor booth spaces, diverse food, family activities and interactive fun for all ages with nearly 10,000 attendees from all areas of Houston. The East End Street Fest was a huge success!

On 2014, 2015, and 2016, we brought you one-of-a-kind entertainment with two music stages and more than 10 bands including Latin Grammy Award-winner David Lee Garza, Grammy Award nominee El Dusty, Chicano Batman. Also, AFoot!, the Marching Band Extravaganza, the Taco Eating Contest and the crowning of the East End Rey and Reina.

On 2017 the East End Street Fest had a new mission: to benefit the Hurricane Harvey relief efforts. Our Corazón was – and continues to be – with Houston. Despite the challenges, the 2017 East End Street Fest brought thousands of attendees and diverse food & fun while celebrating the East End’s heritage with art, music & culture! The festival grew even more in 2018 with a record 13,000 registered attendees.

On 2020 and 2021, Houston experienced one of the most impactful life events in history due to the spread of the Covid-19 virus but the show needed to go on. The East End Street Fest decided to go full virtual with our first Live From Home version.

On 2022, the excitement is once again back on the Navigation Esplanade. Set your calendar for Saturday, May 7 and bring your kids, friends and parents to the East End Street Festival. It will be phenomenal! 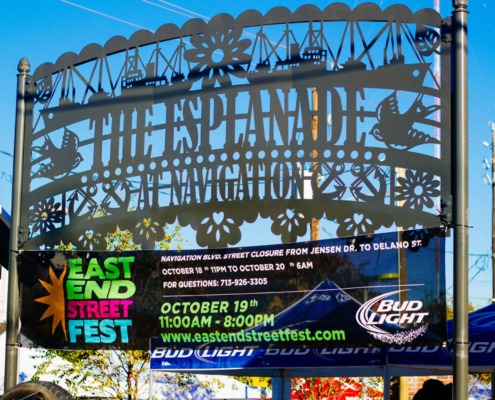 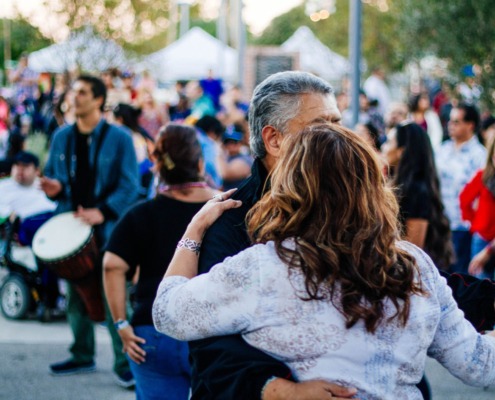 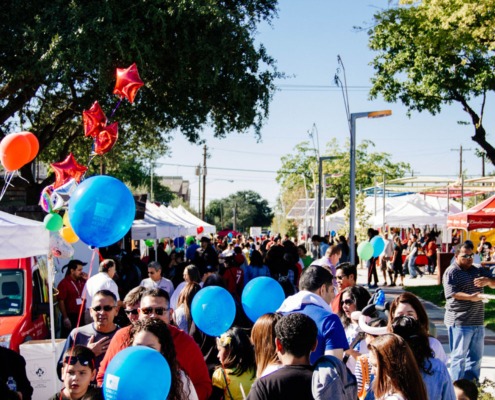 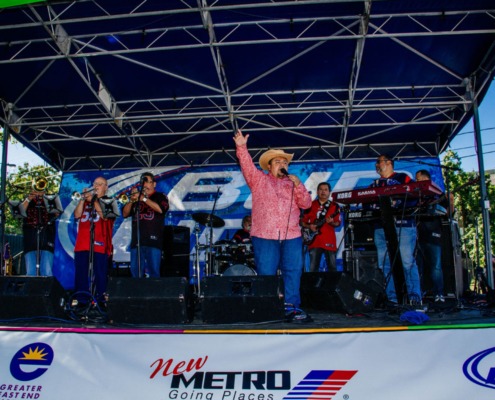 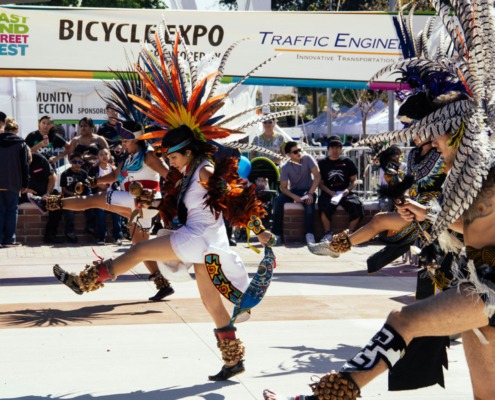 ABOUT THE EAST END

Houston’s East End is a vibrant international business district rich in diversity and bursting with residential and commercial development.  Strategically located between the Port of Houston, downtown Houston and Hobby Airport; we are blossoming with a dedicated professional and semi-skilled workforce, the community is a magnet for growth! With over 250 available acres of land to build, including the recent purchased KBR property along the Buffalo Bayou, the East End is at a tipping point for transition.